The Legions traces its roots over sixty years to when the “Legion of Old Oarsmen Auckland Province” was established on 10th November, 1950 (which originally included Northland, Auckland, Waikato, Bay of Plenty and Poverty Bay).

“For some years prior to 1950 old members of Rowing Clubs in Auckland City and Province had discussed the formation of some kind of Rowing “Old Boys” Assn through which, on occasions, past oarsmen could meet and renew acquaintance with former club mates and friendly rivals from sister clubs. It was felt also, that such an Assn could, in many ways, be of great assistance to the sport of Rowing generally.

No concrete steps were taken however, until November 10th 1950, when the Auckland Rowing Association at an executive meeting resolved to appoint itself, together with Messrs G.S. Bigelow and J.D Craies, foundation members of a “Legion of Old Oarsmen, Auckland Province”.

During the following months old oarsmen residing in the Province, were circularized and by 7th July, 1951 approximately 173 members had been signed up. On that date a meeting of members was called and approximately 90 ex-oarsmen from all over the Province attended. A constitution was adopted, the Executive of the ARA withdrew from office at their own request and members then elected their own officers and Committee for the “Legion’s” first year of activity.”

It wasn’t until the 1970 Annual General Meeting that the word “Old” was deleted from the name of the organisation, and a further alteration to the constitution was made in 1979 to allow membership of both sexes, thus the current name “Legion of Rowers (Auckland)Inc “ was adopted.

The objects of the “Legion of Oarsmen” in 1970 were pretty much the same (though worded differently!) as they are today:

The Legion has always been a “not for profit” organization, its main function still being a support group for rowing.

The activities over the years have been many and varied: In the early days, socials, “Ladies’ nights” and raffles were held. Farewell functions were held for NZ representative teams, as well as “Welcome Homes”.

There was the introduction of “The Rower and Administrator of the Year” silver trays in 1970, which now includes the “Coach of the Year” award, still annually presented at the ARA Awards’ function.

The Legion began to take an interest in supporting masters’ rowing in 1984 and held its first regatta on the Tamaki River in 1985, with 12 races. This event is now annually rowed on Lake Rotoroa (Hamilton Lake) and has attracted masters from all over the North Island. Over 300 masters attended the 2015 regatta.

The Legion also has a current supporting role at the RNZ NZ masters championships, when it is held at Lake Karapiro. The Legion for many years now has provided monetary support to six NZ Junior representatives on a yearly basis. 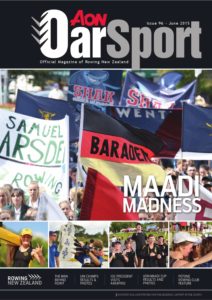 The Legion also takes credit for initiating the current magnificent “Oarsport” magazine published by RNZ. This began in the 1970’s as a Legion of Rowers Newsletter written by long time secretary and founding member, Cyril Hilliard. Cyril would type away with one finger and then use his Gestetner to print off copies for members. When Cyril passed away in 1989, the committee resolved to continue with the newsletters which gave way eventually to a glossy magazine, which was then passed to Rowing NZ to continue. 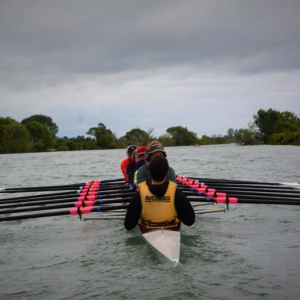