Last weekend ARC hosted a race between Oxford and Cambridge alumni on the Tamaki.

Boat Race Auckland offered some consolation for Oxford on the Tāmaki, after a run of losses on the Tideway and Great Ouse.  Around 60 people turned out to witness the ancient rivalry transplanted, including former light blues, John Maasland and Tim Hannah.  Oxford won the coin toss and selected Seaside Park station, looking to take advantage of deeper water mid-channel on the fast, outgoing tide. 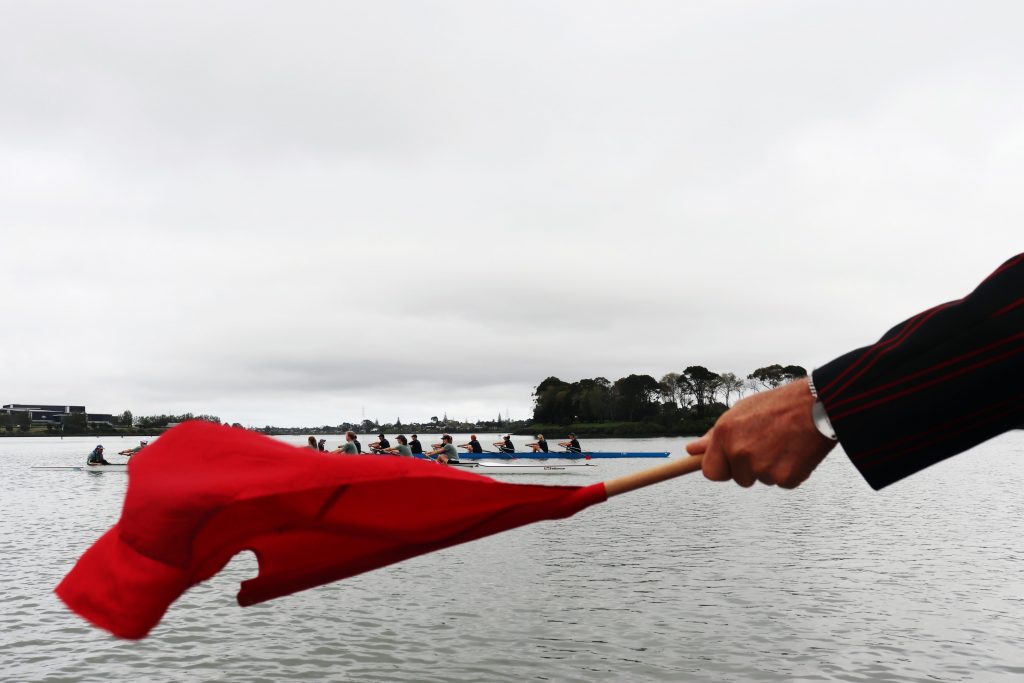 Cambridge got off to a superb start, rating 40 but Oxford stalled miserably. 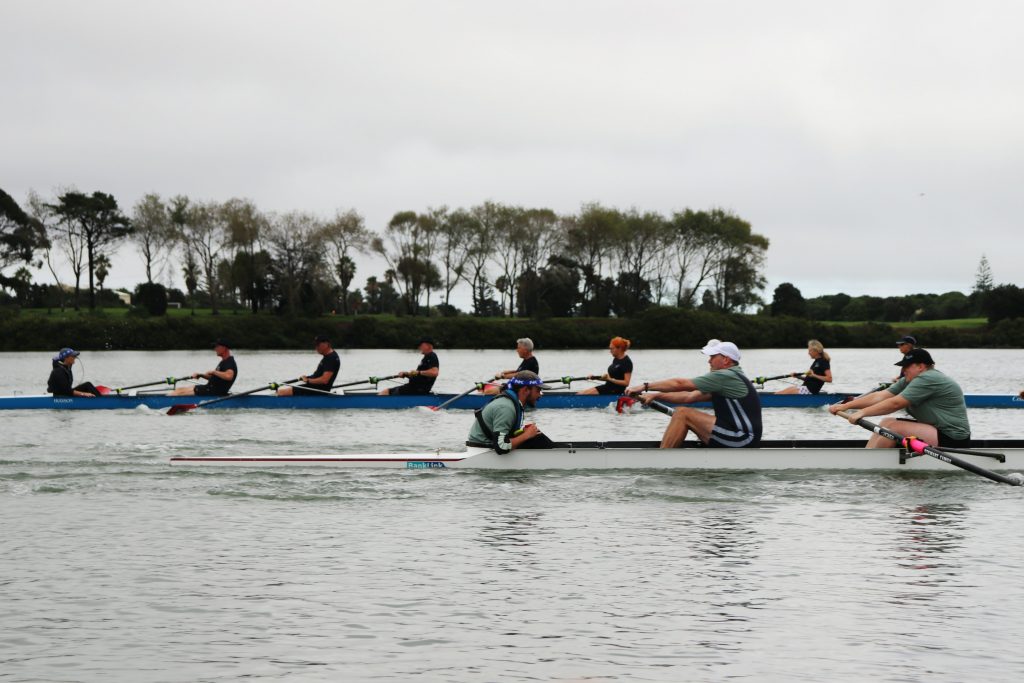 Cambridge off to a flyer

Within ten strokes the light blue boat had taken four or five seats off the dark blue one. But then Oxford settled into its race rating of 32 and the boats remained locked in position for 500 metres, close beside one another, with Oxford refusing to allow Cambridge out into the stream.
The dark blue boat, gradually dragged itself up, as Cambridge reluctantly surrendered seats, one by painful one. By eight hundred metres the boats were level, and then the pressure began to tell. Cambridge’s rhythm faltered, and Oxford’s cox finally had her nose in front of her rival.

At 1,000 metres a Cambridge rower lost a seat, and with it went any chance of recovery. Oxford surged clear, settled and eased to the finish, despite a desperate closing effort from Cambridge over the last fifty metres.

NOTE: Auckland Rowing Club would love to hear from any ex Oxford or Cambridge old boys and girls who would like to take part in next years event.