On Sunday 27 February, a 25km event was held in coastal boats commencing from the Union Rowing Club, Whanganui. The course was to follow the shoreline along the coast, however,
due to a strong south easterly wind it was decided to row a 12.5km course twice on the river instead.

Four coastal quads were filled with eager participants from various rowing clubs around the country – Whanganui, Nelson, Auckland and Taupo, all ready to rumble by 7am Sunday.
Sunrise was spectacular with a cool breeze already evident as quads were slipped into the water. We were also joined by 3 waka ama crews from down river, a welcome addition to the
fleet.

The course took us under one bridge down river towards to the river mouth where the winds were fairly strong with a reasonable swell, and around a safety boat before heading back up
river with the return leg being against the tide and wind making for a challenging journey. By the time we reached the homeward stretch on the second round the wind had increased quite
dramatically, making the last leg fairly challenging. The water at the final turn towards the river mouth provided sea swells giving us a taste of west coast surf boating – on a smaller scale of
course, nevertheless a sense of what they would experience.

For some members, it was their first outing in a coastal boat and by all accounts, one they would repeat. Coastal rowing allows crews to row in more challenging conditions as the boats
are built to handle bigger seas and the experience is one not forgotten in a hurry.

On behalf of the clubs who were represented, we wish to thank Union RC for their organisation and we look forward to further similar events. 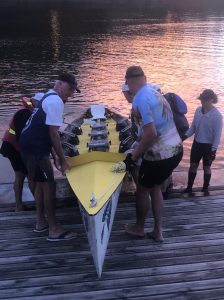 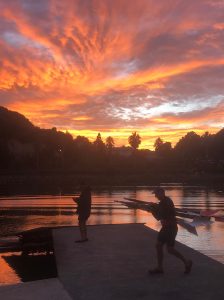 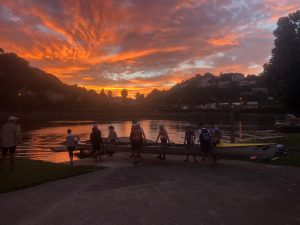 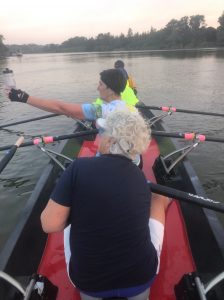 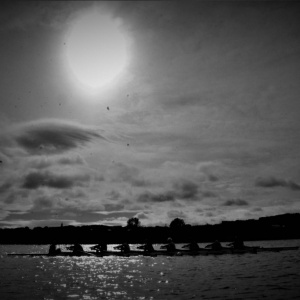