The World Master Rowing Championships in 2022, in Libourne, France, was once again, a FAMILY AFFAIR (+ good UK buddy Liz)!

Our first FAMILY AFFAIR (+ good UK buddy Liz) was at the World Masters Champs in Hungary in 2019.  (Not much has changed, eh?). 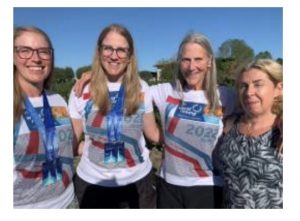 Libourne, France ‘put on a great show’, just as Hungary did at Lake Velence in 2019, but this year we had hotter weather and better water. Venue logistics were superb, from registration to training schedules to on-off water flow of boats to boat rental to food to vendors to parking to shade to toilets (important!) to bag check to water to beer! The racing was kept to schedule each and every day and included a few minutes of reflection for the loss of Queen Elizabeth on Thursday 8 September, as Martha and Liz were on the water, waiting for the start of the WE2x. It was GREAT to see our KIWI officials out on the water also, giving us a nod, a smile and an occasional chat, back on the pontoon!

Caroline and Anna were the ones to walk-away with the BLING this year (as they did in Hungary, but in very different events), each winning 2 golds, both in composite W8+s.  They won together in a WC8+ with Anna stroking and Caroline in 6-seat, then individually, each stroking different W8+s. 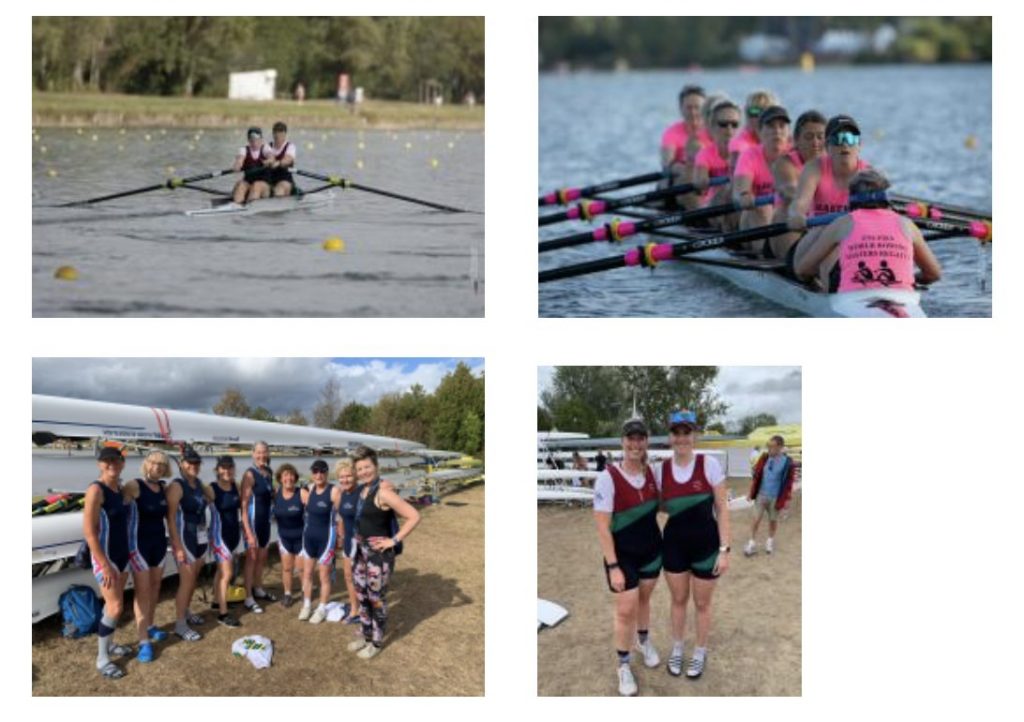 Unfortunately, Martha and Liz were unable to repeat their gold in the WE2x (Copenhagen 2016), but had a great time visiting many old friends from past WMRC regattas (Varese, Hazelwinkle, Copenhagen, Bled, Sarasota, Hungary, Munich (Euro champs)). Martha’s racing campaign was cut short in Libourne as she became a victim of VBS – Violent Body Sabotage, aka some pretty nasty gastro-super-bug that knocked her down and out for 3 days!  Martha was devastated, as the WG1x was her race!  Next time!

The Bordeaux area of France welcomed all rowers with open arms and were excited to have tourists, post-Covid.  We never found language to be a barrier, but were happy to have Martha’s sister visit from the Netherlands as she speaks fluent French. We stayed out in the middle of the vineyards, near St Emilion, where the grapes were just days away from harvesting, and where the sunlight danced off of the local limestone chateaus.  Spectacular vistas!

GREAT time!  Thank you Libourne! Time to get ready for the NEXT Family Affair in 2023? European
Masters Champs in Munich or will it be South Africa? 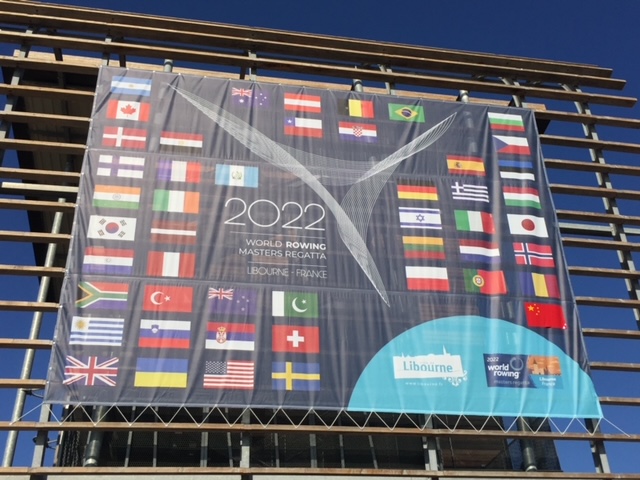 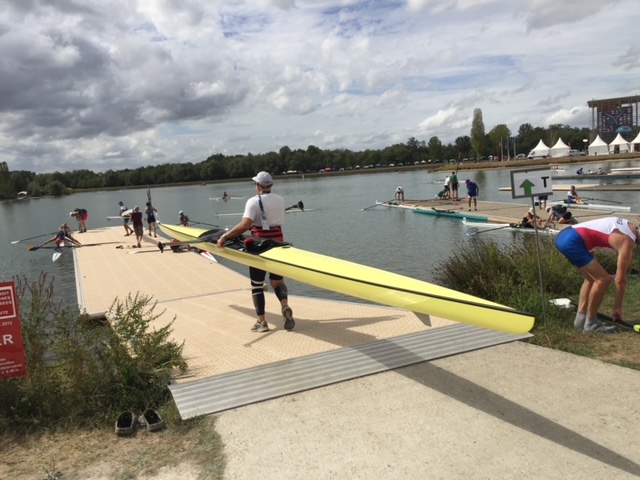 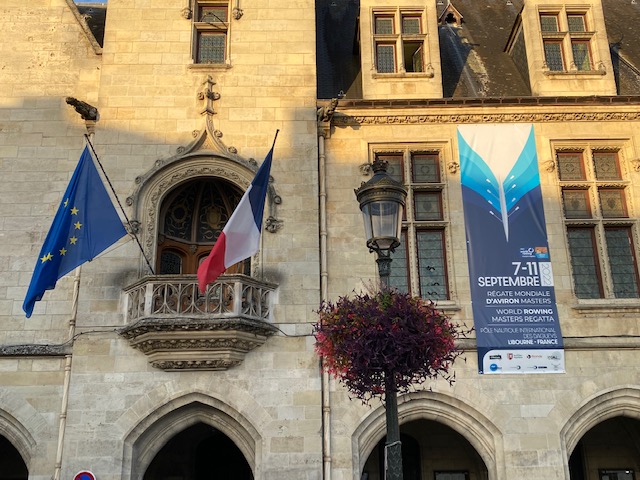 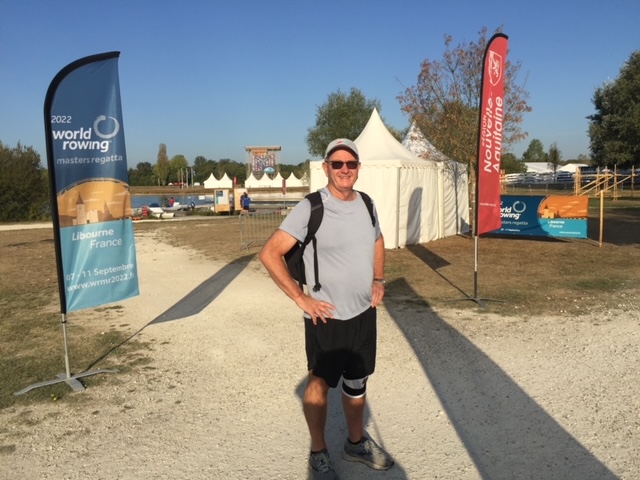 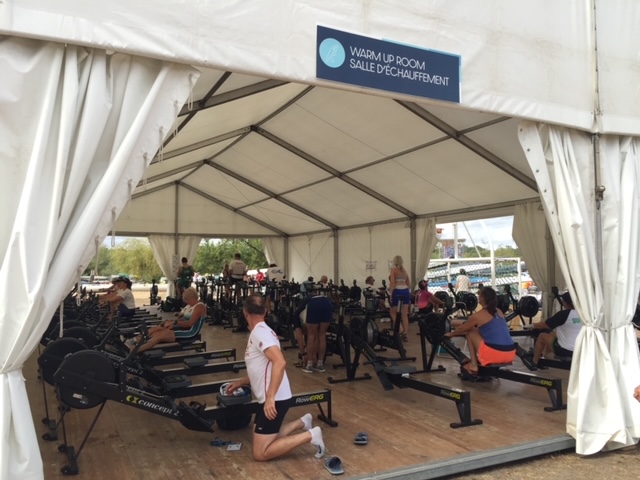 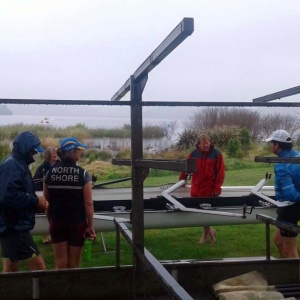