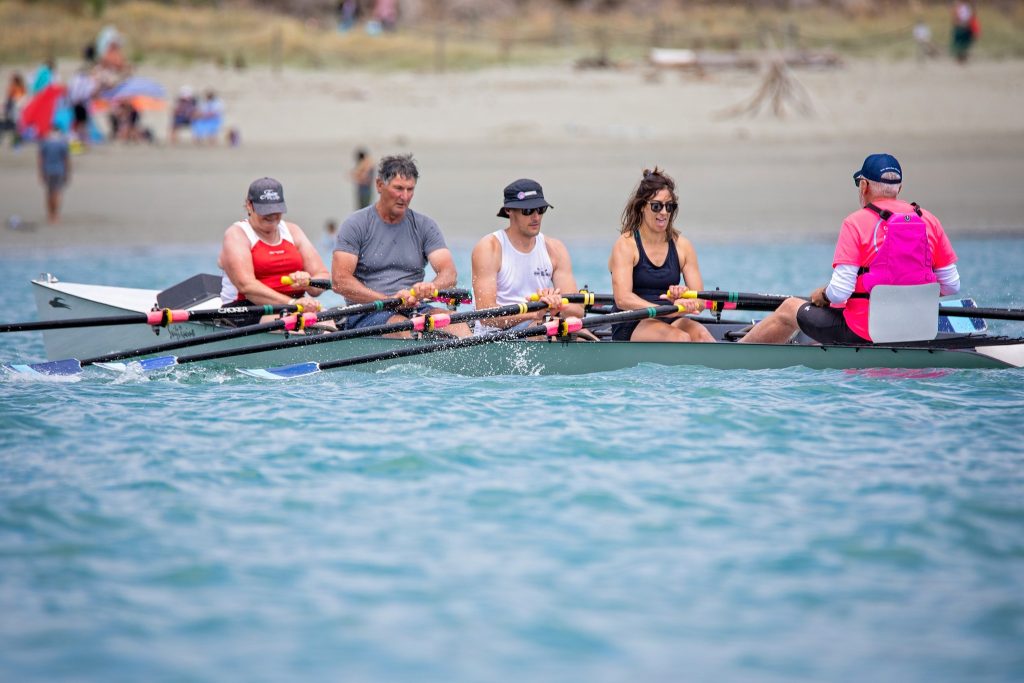 Bright and early on January 3, Tahunanui Beach in Nelson was all action. Members of the Nelson Rowing Club converged on the beach from 5.30am to pitch tents, rig coastal boats, set up a buoyed course and prepare for the third edition of the Swift Racing National Beach Sprint Champs.

Over 90 Competitors signed up, representing Clubs from all over NZ*. Participants covered all stages of the rowing journey, from novices through senior school rowers, Club, Elite and Masters rowers. Some entrants had experienced Beach Sprints before, either in Nelson or (in the case of some elites) at World Champs in Wales last October. For many other entrants, this was their first foray into Beach Sprint racing. (more photos below)

Nelson turned on a perfect day – warm, lightly overcast, calm, with a small wave at the shoreline. This was the qualifying regatta for the Bali Beach Games, to be held in August. The Bali Games will include mens and womens solos, and mixed doubles. Emma Twigg qualified for Bali at the World Beach Sprint Champs last October, but there were still spots available for NZ mens’ solo and mixed double, and for all three boats from Australia.

The 2023 event was the third time the Nelson Rowing Club and Swift Racing NZ have delivered National Beach Sprint Champs. Each year has evolved, getting ever closer to World Rowing format. This year featured digital timing equipment, including ‘stop’ buttons, so that each racer had to ‘hit the buzzer’ to stop their clock. That made for some exciting finishes as runners would dive for the line.

A full complement of NZ Registered Race Officials were in attendance, helping deliver a fair and safe event. Mark Weatherall, Community Manager of Rowing NZ, spent the day on the water driving an Umpire boat. Mark also attended the aftermatch, at the Nelson Rowing Club, and presented the medals. Each year the medals are special to this event – in fact this year they were not medals at all, but pet rocks – schist river rocks, local, labelled and unique.

Special thanks to Karmyn Ingram Photography, who travelled over from Picton for the event. Karmyn has put many beautiful images up on Facebook. TVNZ published a short segment about the regatta on the 6pm news on January 3. 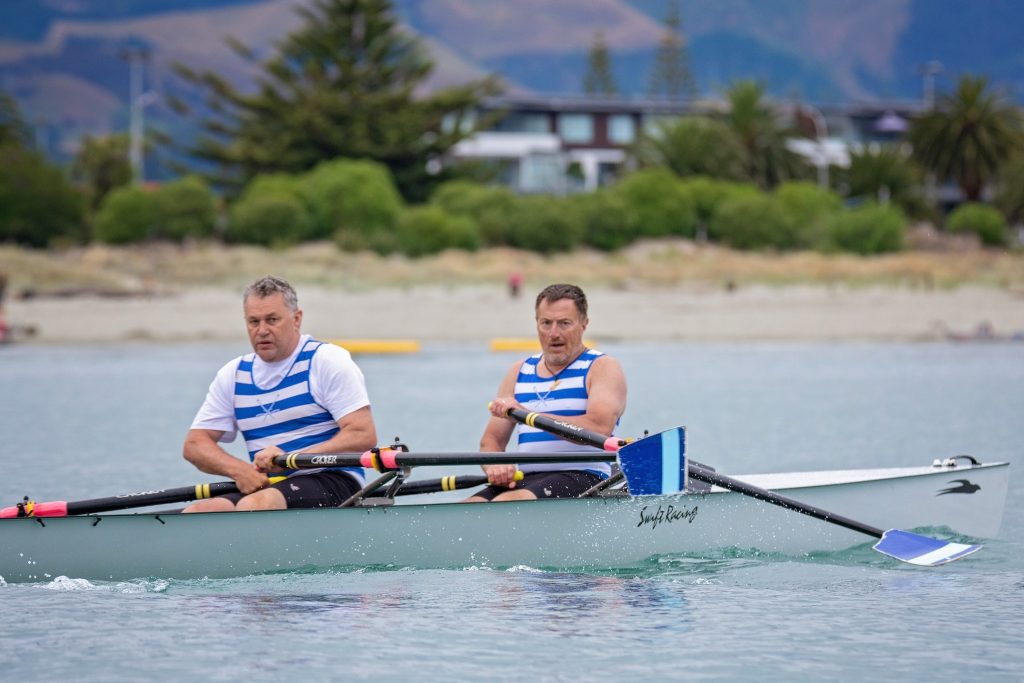 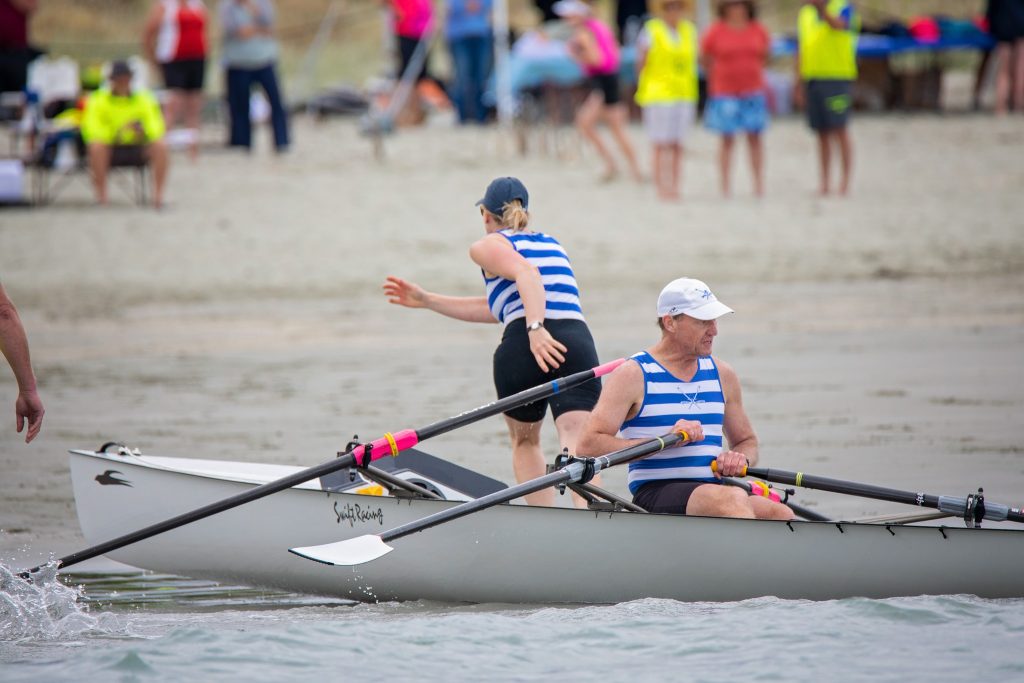 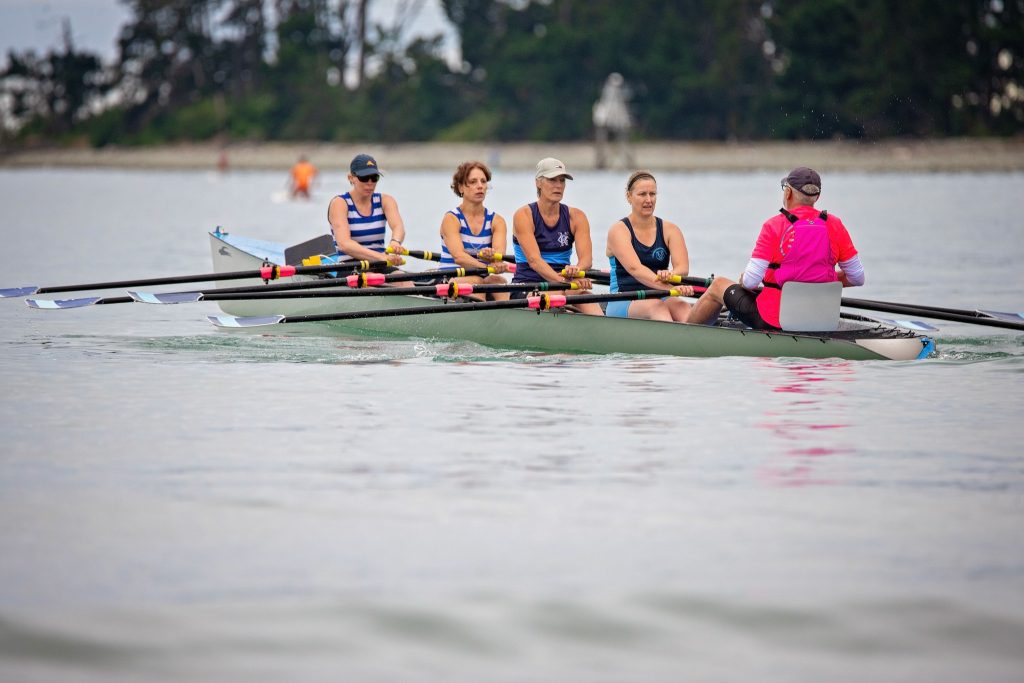 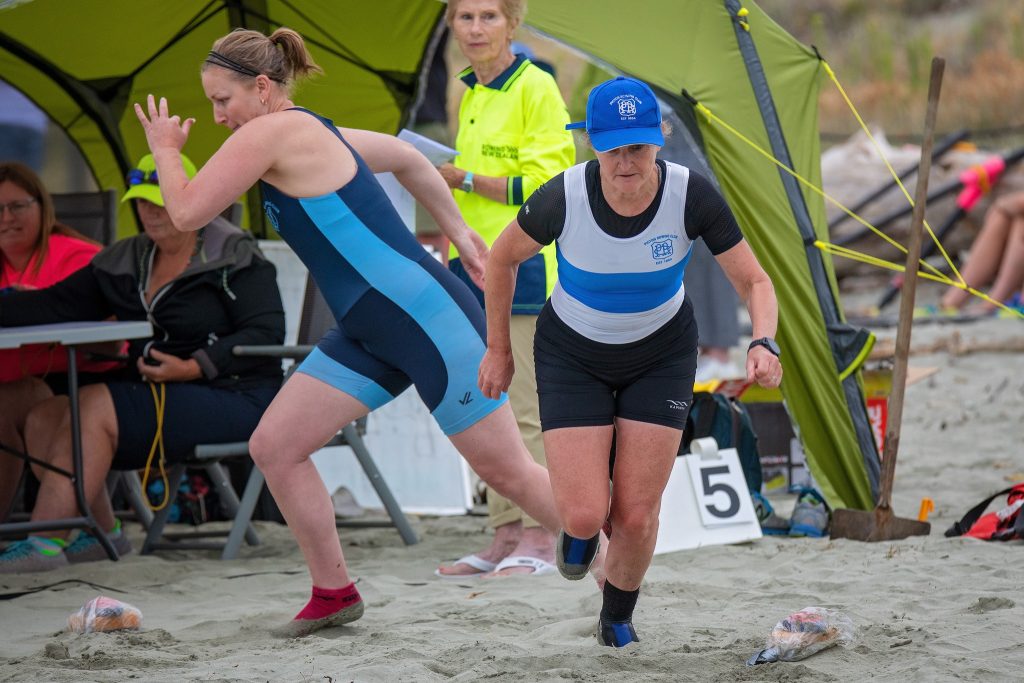 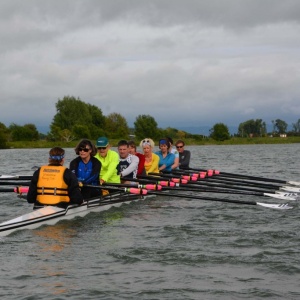