How does a kiwi get to represent the Pacific region at the highest level for World Rowing?

I was reading the World Rowing website and noticed a formal announcement that Lee Spear (New Zealand) was retiring from his position. I was intrigued and delighted – it’s great that we have local folks working for global organisations and so I decided to ask Lesley Milne (who knows everyone) if she could introduce me… 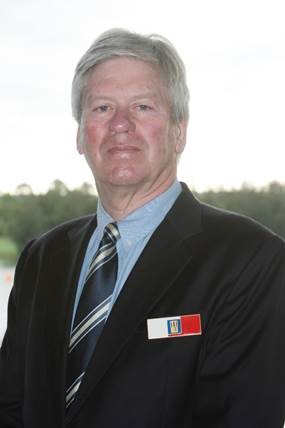 Lee told me a bit about his background in rowing (a bit at University and then a renewed interest when his children started rowing). He qualified as a NZ umpire in 2000 and as an international umpire in 2007 after which he was appointed the Competition Director for the 2010 World Rowing Championships at Karapiro. This was  a giant job involving responsibility for the umpire, umpiring launches, control commission, weighing and safety.  Lee confesses it was a bit more than he’d expected, it took 3 years’ work but he got noticed for his expertise.

His interest in the administration of international rowing had begun. He said “I like to make sure things are set up and run correctly.” So when work took him to Vanuatu for 3 years in 2011 he was instrumental in getting an international rowing programme going there – the crews got some creditable results too.

Having come to the notice of World Rowing, they invited Lee to join the World Rowing Council as the “Continental Representative for Oceania”. The job is to represent World Rowing in this region. Lee is only the third person ever to hold this position – Don Rowlands did 23 years, John Coates of Australia did 17 years, and Lee has just completed 7 years until forced to retire, being 70 last year.

What does the World Rowing Council do?

Lee explained that the Council is responsible for ensuring compliance with the statutes and rules of  World Rowing. They make decisions around allocation of venues for international events (World Cups, World Championships) these follow an elaborate evaluation process. There are usually 3 Council meetings a year of which two are in Europe and one is normally after the World Championships.

It may sound glamorous travelling to Europe, but Lee assured me that usually he went to London, stayed at an airport hotel for 3 days for the Council meeting, and then got on an airport bus back to Heathrow to come home. The travel wasn’t much fun.

Lee has been involved in some meaty issues during his time ranging from gender identity (he drafted the rules to establish a gender advisory panel), lightweights at the Olympics, and dealing with the fallout from the Russian Olympic drugs scandal. He mentions that he’s particularly proud of the gender equity in World Rowing Executive Committee and Council (50:50) and the recent change to include the Chair of the Athletes Commission (currently, Frida Svensson) on the Executive Committee.

Mostly his expertise has been called on for the Rules Working Group. Every Olympic Cycle the rules of racing are reviewed. Changes can be made by Congress after each Olympics. There’s a small team who spend time reviewing the rules and rewriting them to reflect new situations and needs. His legal brain has been much in demand for this work.  Notwithstanding that he has retired from the World Rowing Council, he has recently been reappointed to the Rules Working Group for the current Olympic Cycle to 2024.

Yes it is true, the Los Angeles 2028 Olympic rowing regatta will be run on about a 1,500 meter course at Long Beach.  Lee explained, “The Long Beach location was chosen for many good reasons. There is a lake venue but it is a long way away and has no buildings and no amenities meaning everything would have to be brought in compared to the established Long Beach location.  Long Beach will be a dynamic rowing venue.”

The shorter course requirements are being reviewed by Paul Fuchs from the Technical Commission. He’s a naval architect and is working with other marine specialists on the movement of tide and current to ensure that the racing will be fair.  It’s likely the races will be at different times on different days.

These days Lee paddles his coastal single on Lake Tarawira when he’s not at home in Hamilton. And he hasn’t stopped working for Rowing – he is the current President of the Oceania Rowing Confederation, (ORCON) that includes Rowing Australia, Rowing New Zealand, the Vanuatu Rowing Association and the American Samoa Rowing Association.  The focus of ORCON is to grow the sport of rowing in the Pacific Island countries with an emphasis on coastal rowing as that is more suited to both the physical environment and the available athletes. Coastal rowing is also likely to be included as a sport in the 2028 Olympics at Los Angeles. 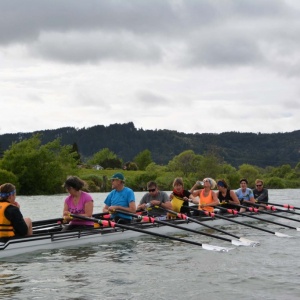