The big green thing is an old winch that I restored from a rusty old heap of steel found in a corner of the shed.

The other photo includes the “John Barton” Stampfli doubles, given to me by West End. Frank and Alf Hansen of Norway won gold in it at the 1978 World Champs. Then sold to West End and used by Tony Hurt and John White who won about 5 Redcoat titles in the boat, coached by my Dad (Wally Parnell). Boat was named after my father’s rowing mate in the 30s and 40s, Johnnie Barton. I was named after John.

The other boat is my Swift coastal singles which I’m trying to make use of in between replacing piles underneath the boatshed. 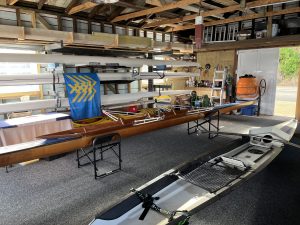 Close up of the flag and stampfli double 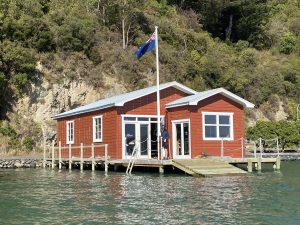 The boathouse from the water 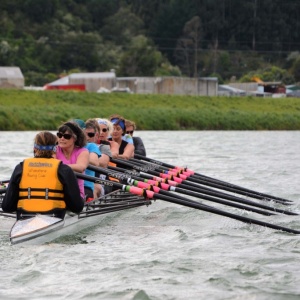