WMG is now OVER, and we have time for some relaxation and camaraderie!!

Whakatane Rowing Club would like to Host Masters Rowers in Whakatane.

A little bit of rowing along with local sight-seeing, art and crafts, walking etc.

See the Link with itinerary options on the website: http://lor.kiwi/whakatane-weekend/  “Whakatane Weekend Away”.

Once we have an idea of numbers we will be able to provide some price indications. We’ll block-book activities but you’d need to book your own accommodation once the event is confirmed.

This concept of “Rowing Away” is a new one for Legion of Rowers and we hope you agree that being able to visit other rowing clubs and row on different waterways without trailering boats will be conducive to rowing camaraderie. The host club is being given the opportunity to raise a small amount of money via this event. Please register your interest if your club would like to be one of the host clubs. We will probably run only one of these weekends a year.

A very successful regatta was held at Lake Karapiro; a good run through of systems for Masters Rowing Competitors and Rowing Officials, and a successful Fund Raiser for our Junior Rowers.

Lots of photos, thank you to Peter Olifiers: http://lor.kiwi/2017-legion-regatta/

As a first attempt the general feeling was positive, but we do realise it was not perfect – so Thank You to those who took the time and filled in our survey. This helps us adjust and improve our regatta and other possible Legion events going forward. Once the committee has digested this information, we will provide feedback.

A number of things were out of our control this time:

Another reminder – Legion subscriptions of $30 were due April 1st for 2017/2018 season – please go to http://lor.kiwi/become-a-member/  for registration, payment options and any additional donations for Junior Rowers are always appreciated.

Junior Trialists had their trial April 14th at Lake Karapiro, and the Junior Team to travel to Lithuania has just been announced. Successful contenders are –

If any of you have family, school or club links to those who have been selected – please get them to email info@lor.kiwi, send in their rowing biography and why they should be considered for one of the Legion Grants on offer.

Two of the Juniors we supported last year have made the Under 23 squad this year – Jack Lopas and Charlotte Spence and Sam Monkley has made the Junior selection again – CONGRATULATIONS!! 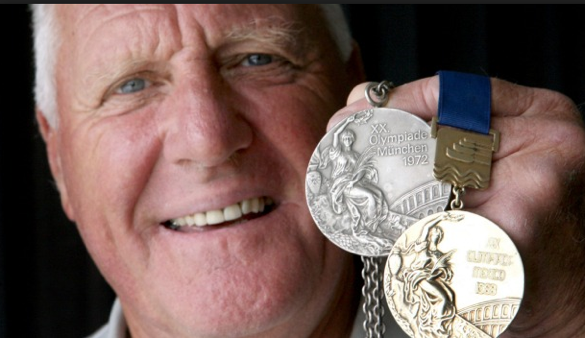 A memorial service for Dudley Storey (OBE) who died on March 6th, was held at Sacred Heart College on Wednesday 19th April. Over 500 people attended. This was a wonderful tribute to a greatly respected rowing man whose passion for the sport remained strong throughout his life.

A number of speakers chronicled Dudley’s remarkable career in the sport, from the time he began rowing as a 14 year old at Sacred Heart College. Dudley rowed for West End and Auckland Rowing Clubs. He was a double Olympic medallist, winning gold in the coxed four at the Mexico Olympic Games in 1968 and a silver medal in the coxless four in Munich in 1972. He coached and managed NZ representative teams from the late 70s to 1984. He served on the Auckland Rowing Association, was a life member and current Patron. He also served on the NZ Rowing Council executive in the 1990s and was Convenor of Tours and Promotion.

He will be especially remembered for his dedication and years of coaching school crews beginning with Takapuna Grammar Rowing Club, Baradene College, Carmel, Wentworth, Macleans College, and Howick College. The positive influence he had in transforming young rowers into fine adults was immense. His service as a judge of the annual Junior Rowing awards issued on a yearly basis by the Legion of Rowers was also recognized.

Dudley will be sadly missed.

I was in Anchorage Alaska last summer and tracked down the local club. (I had no idea anyone rowed up there). They row on a 1000m lake (Sand Lake) in Anchorage city where I had a couple of rows in a mixed 8.

The lake is surrounded by some very expensive homes, many of which have a float plane moored at the bottom of the garden. A couple of times we had to row nearer the shore to let a plane take off or land.

I was most surprised by the amount of well-kept older plant they had. Most is bought from clubs down in Washington and freighted at great expense by sea. They only had a wired secure compound (no buildings) in the bush beside the lake, with only a portaloo and a small storage shed. In winter the lake freezes so all the plant is moved to a warehouse for storage.

There are 3 clubs in the Anchorage area, all within 3 hours of each other. The other 2 are at Seward (Bear Lake) and Sodolna. The 3 clubs all take turns hosting the 4 or 5 regattas during their season May to mid-October. I was not aware of any school rowing but there was a junior section. The group of about 20 “older folk” I rowed with had mostly learnt to row in Anchorage and took part purely for the comradeship and enjoyment of the sport. I had a good session at the local pub with them on a Friday, which they called their “stroke and flow” evening.

Training times were controlled by the club and members had to advise by email if they were turning up or not. Other rowers had to book time on the lake only when not used by others as well as booking the boat they wanted to use. They catered for visiting rowers. The first 2 rows were free then $10 a row after that. They had 3 paid coaches who charged $40 per hour for private coaching. 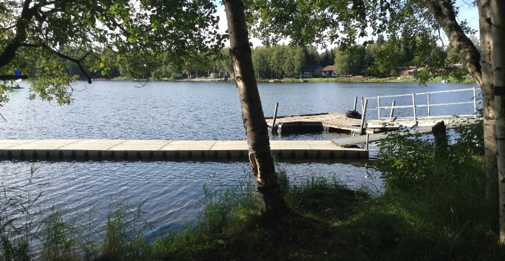 Good luck to everyone at the WMG – Brian Goss

Sorry – we are a bit late getting this out, Congratulations Brian on your Silver Medal success in the Men’s 75 – 79 Mountain Biking Category.

The Legion Committee Members would also like to congratulate all competitors at the WMG; New Zealand has world class youth through to Olympic rowers, and now we have shown the world we have some pretty good “Mature” rowers too – as well as having a world class venue.