Although my passion is on-water rowing, I belong to an online training group, RowPT, run by Ger Sheehan, who provides a training program and online coaching for indoor rowing for a variety of people, from rowers to swimmers, to golfers and from differing countries including NZ, Australia, USA and I believe sometimes from the UK. Ger is accommodating, as in if there is a specific goal someone in the group wants to achieve then Ger will work the programme around them. This includes from people wanting to complete a marathon through to setting NZ records through to entering World Rowing Indoor Championships (WRICH). 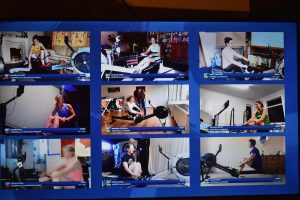 He also encouraged a number of RowPT participants to enter the likes of NZ Indoor Champs or last year the Oceania Champs, which was held October 2021

A top three placing in the 500m and 2000m at Oceania meant that participants could then qualify for the  World Rowing Indoor Championships “WRICH” – there was no 1000m event at WRICHs. Although I later found out that this was not an automatic qualification as my placement was not confirmed until January 2022.

Due to covid the management committee decided that all events for the 2022 WRICH’s would be held virtually, but as the host

city was Hamburg, Germany, times for events were based on Germany’s timezone.

Definitely difficult times to prepare for and as a result my times were significantly slower than my times for Oceania and what I had been training for, although there was success for NZ in the Mens 55-59 2000m with Richard Tomlinson taking out the Gold. A fine race and extremely well-paced as it was only in last 500m that Richard took the lead and held it to the end.

Next year the WRICH’s will be held in Toronto and if a group of Kiwis qualify for this then I would suggest they talk to Richard to see how he prepared for a 3:44am race. Either that or attend the Champs in person! 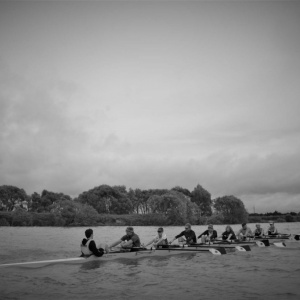