A 70km row from Awaroa to Nelson celebrated two of the Nelson rowing community’s ‘remarkable men’ over the weekend.

Myles’ wife Margarette says the day was emotional, but she and her two daughters are so thankful for the support of the community. She says Myles had a long involvement in the club as a rower going back to his school days and had represented the club at a national level. In more recent times he had reconnected with past rowing friends and had been coaching at the club. “For Myles, it was a way of encouraging people to do a sport that they perhaps thought that they couldn’t do, and giving back to the rowing community.”

“Rowing was in Myles’ blood. His great uncle was Darcy Hadfield, the first ever NZ Olympic medallist.”

Darcy won the bronze medal in the single scull in 1920 and subsequently went on to hold the Professional World Sculling Championship title.

“When Darcy was a schoolboy growing up at Awaroa, he would often row a 14ft clinker dinghy across 35 miles (56km) of Tasman Bay for a day out in Nelson, sparking the inspiration for Saturday’s event,” Grant says. “The rowing club saw this as a very fitting way to remember Myles by following in Darcy’s footsteps and starting the event from Darcy’s home in Awaroa.”

The memorial row followed the coastline from Wilsons Abel Tasman Meadowbank Homestead at Awaroa with accessible crew changeovers at Kaiteriteri, Ruby Bay, Rabbit Island and then back to the Nelson Rowing Club. Two five-crew coastal rowing boats completed the journey with safety support boats. Margarette rowed two of the legs including heading back into Nelson from Rabbit Island.

Grant says coastal rowing is a new part of the sport and the Coastal Rowing Revolution opens up new rowing experiences in the Te Tau Ihu region. The boats are wider and more stable than flat-water rowing boats which make it easier to learn how to row. It is also attracting past members back into the sport.

“The club is thankful for the support of Myles’ family, members, past members and the team at Wilson’s Abel Tasman that enabled this event to happen,” Grant says.

The rowing club is holding more events in the region and welcomes new members to experience the sport. 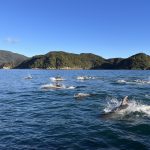 Wildlife alongside the rowers 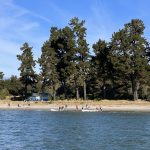 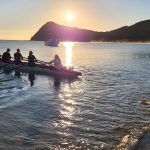 Moving away from the beach 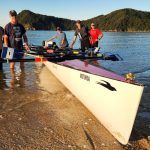 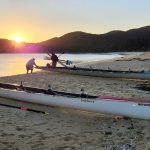 The squad launch in the dawn light. 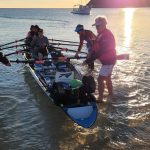 Last one in’s a sissy! 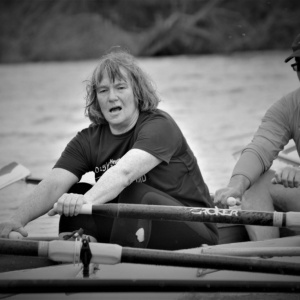