Hi everyone
We are back from Racice! It was an amazing experience. We left NZ on the 29th of July. The plane trip was incredibly long and we were very happy to arrive in Prague. After a small day of rigging and rowing we were ready for our final training week. The course in Racice is made from an old sand mine. It is about an hour out of Prague, so we had to bus to and from the course four times a day (one training in the morning, back to our hotel for lunch, and then back to the course for afternoon training). It took us a couple of days to acclimatise to the weather – it was 38 degrees most days and really muggy. It was a bit of a change from
Karapiro.

We had one afternoon off to see the sights around Prague. It is a beautiful city rich in history. We travelled as a large group and it was a nice time for the whole squad to relax together before racing began.

We decided not to go back out to the course for the opening ceremony as it was logistically too difficult, and too hot! We didn’t want to be standing around for hours the day before racing started.

Wednesday afternoon saw the singles heats, and then everyone else raced on Thursday. On Thursday my quad came a comfortable second in the heat to the Swiss so we progressed to the semis on Saturday. It was a surreal experience having my first international race and hearing the Nationalities being called out at the start. All kiwi crews progressed well into their either quarters or A/B semis so everyone was happy.

Saturday was challenging weather conditions. It was an extremely strong tail wind. This, combined with the hot water temperature, led to some very fast racing with every single boat class record being broken.

Unfortunately a few costly mistakes in our quad’s semi final meant we came 5th and so missed out on the A final. This was incredibly disappointing as we felt we had the potential to make the A final. However we just had to accept that that is racing on the day.

The good news was that all kiwi crews had made either an A or B final and so everyone was racing on Sunday together. This is a fantastic result for our squad. 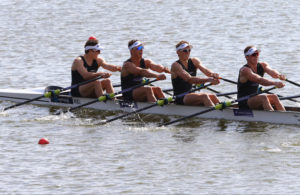 Sunday we lined up for the B final against some still very tough competition. Our aim was to prove that we should have been in the A final. We felt we had a good comfortable race and came through to win the B final in 6.00 minutes which would have placed us 4th in the A final. It was great to celebrate NZ’s three junior medals (silver and two bronzes).

Overall the campaign was an immense amount of fun and it leaves me wanting more for the future. I would like to thank everyone for your support along the way.
We are still smiling and looking forward to the future.
Easy speed.
Sam Cummins. 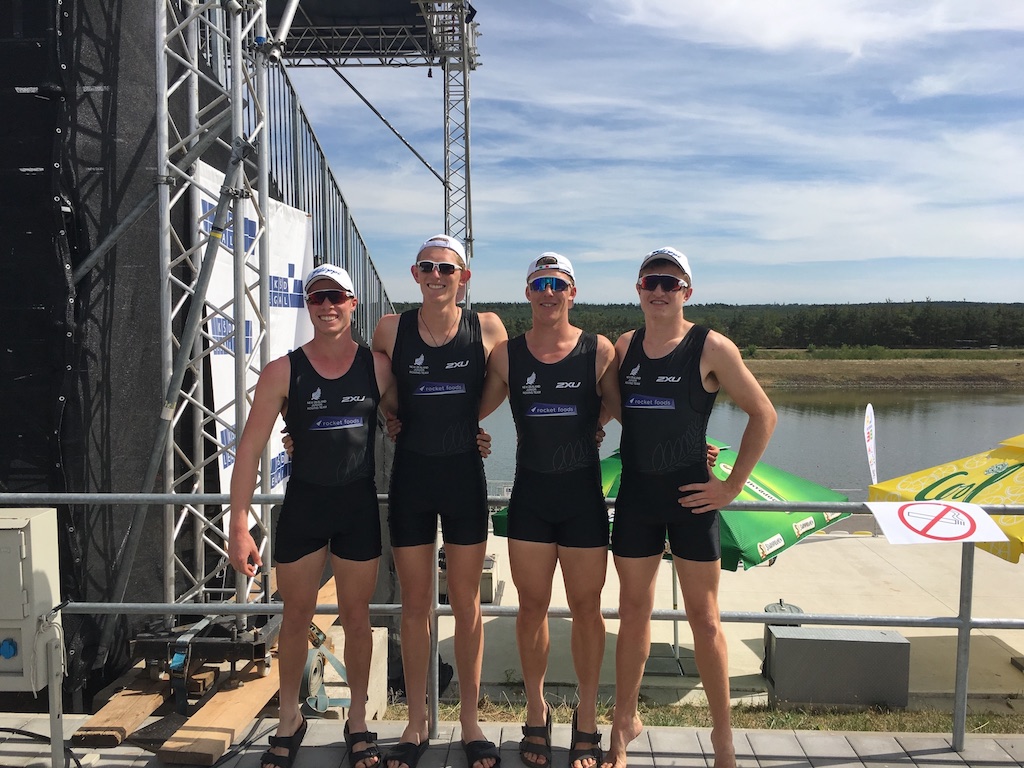 The Mens U19 4x- (Will Thompson, Sam Cummins, Zac Rumble and Harry Church). 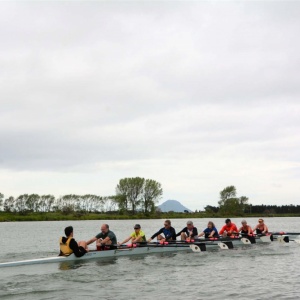